Wealthy South Africans may be of the belief that they are smarter than SARS, but are they smarter than Judge Dennis Davis? 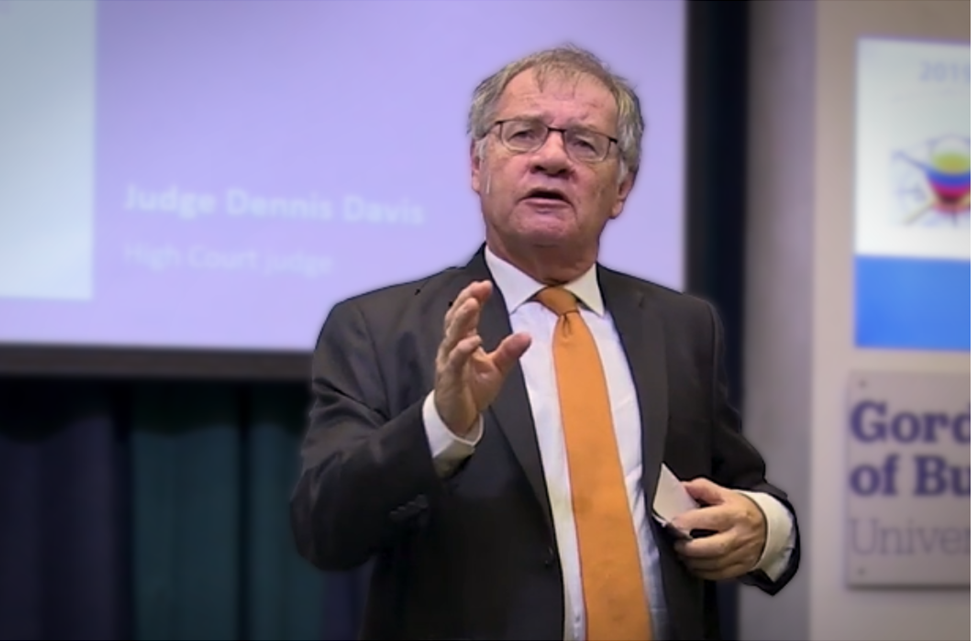 SARS commissioner Edward Kieswetter has announced Judge Dennis Davis will be joining the tax collector on a more permanent basis, as it puts a larger focus on wealthy South Africans.

In the media briefing this week, Kieswetter said that Davis will help SARS with the implementation of its strategies, specifically those which are directed at closing the tax gap and the wealthy.

Davis most recently headed up the Davis Tax Committee which was aimed at reviewing South Africa’s tax policy framework and its role in supporting the objectives of inclusive growth, employment, development and fiscal sustainability.

Jean du Toit, head of Tax Technical at Tax Consulting SA, said that bringing in Davis is a coup for SARS which has been impacted by a loss of skills in recent years.

“With the mass-exodus of high-ranking SARS officials in recent times, the lack of skills transfer at the institution has become an issue,” du Toit said.

“The commissioner himself noted in the media briefing that they have plenty of recommendations on how to fix things, but now they have someone in their (DTC) for the first five years will also make him invaluable. While Judge Davis will likely assist in the implementation of a broad range of recommendations of the DTC, his focus, too, will be directed at the wealthy, “du Toit said.

“He has been vocal about wealthy taxpayers who under-declare their income and has advocated strongly for lifestyle audits. Based on his comments on the matter, he has already identified his first subjects for investigation.”

While SARS has been open about the measures it will use to purse wealthy taxpayers, there are still those who will question SARS’ capacity and guile to do so, he said.

“From SARS’ perspective, the board is set, and the pieces are moving. Taxpayers should heed the Commissioner’s call to come and speak to them on friendly terms through the Voluntary Disclosure Programme, before they speak to you.”

At the end of March, SARS said it was launching a major recruitment drive, targeting highly skilled workers to help build a data-driven ‘smart tax authority’ - which experts say is the first salvo into tackling wealthy taxpayers who may be avoiding their tax obligations.

The revenue services said that it was looking to hire 370 highly skilled specialists, as well as 200 finance graduates to reinforce its capabilities – but with a particular focus on technology.

“SARS is preparing for a future where increasingly our work will be informed by data-driven insights, self-learning computers, artificial intelligence and interconnectivity of people and devices,” it said.

“Mindful of this, we are evolving our workforce to prepare for this exciting changed and changing world of work. Whilst we continue to develop our own employees, we invite talented and passionate executives, who share our strong public service ethos and unmistakable commitment to improving the material conditions and wellbeing of all South Africans.” 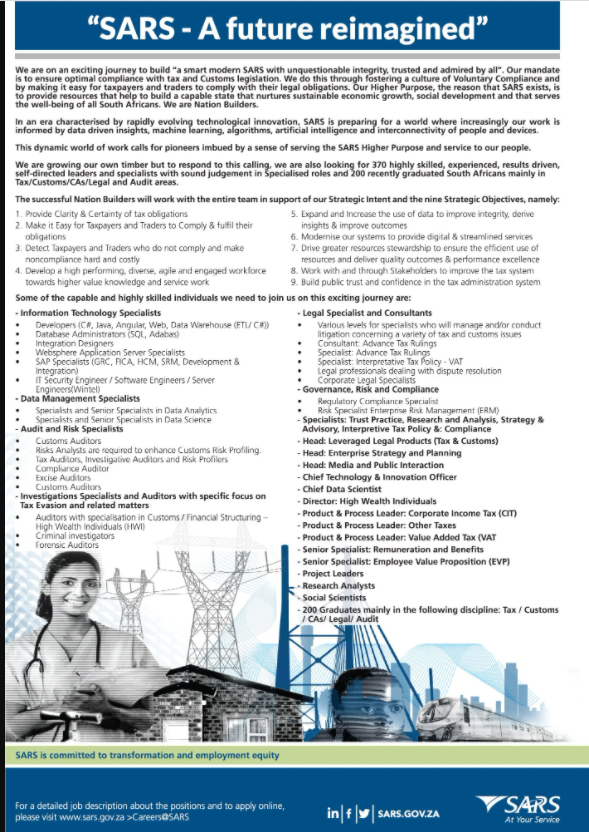 The group said that it was specifically looking for specialist skills in the following fields:

The revenue service directed potential candidates to its recruitment page to apply.

Tax Risk Insurance cover is there to protect high-net-worth individuals who are tax compliant and do not want to run the risk of having to incur massive costs to defend themselves. click here to learn more

Speak to your broker today!